I can read comics a lot faster than I can write about them.  At this point I’ve finished the third of the 5 Red Sonja Omnibus comic book collections from Dynamite Entertainment.  You can read my thoughts on Volume 1 here. 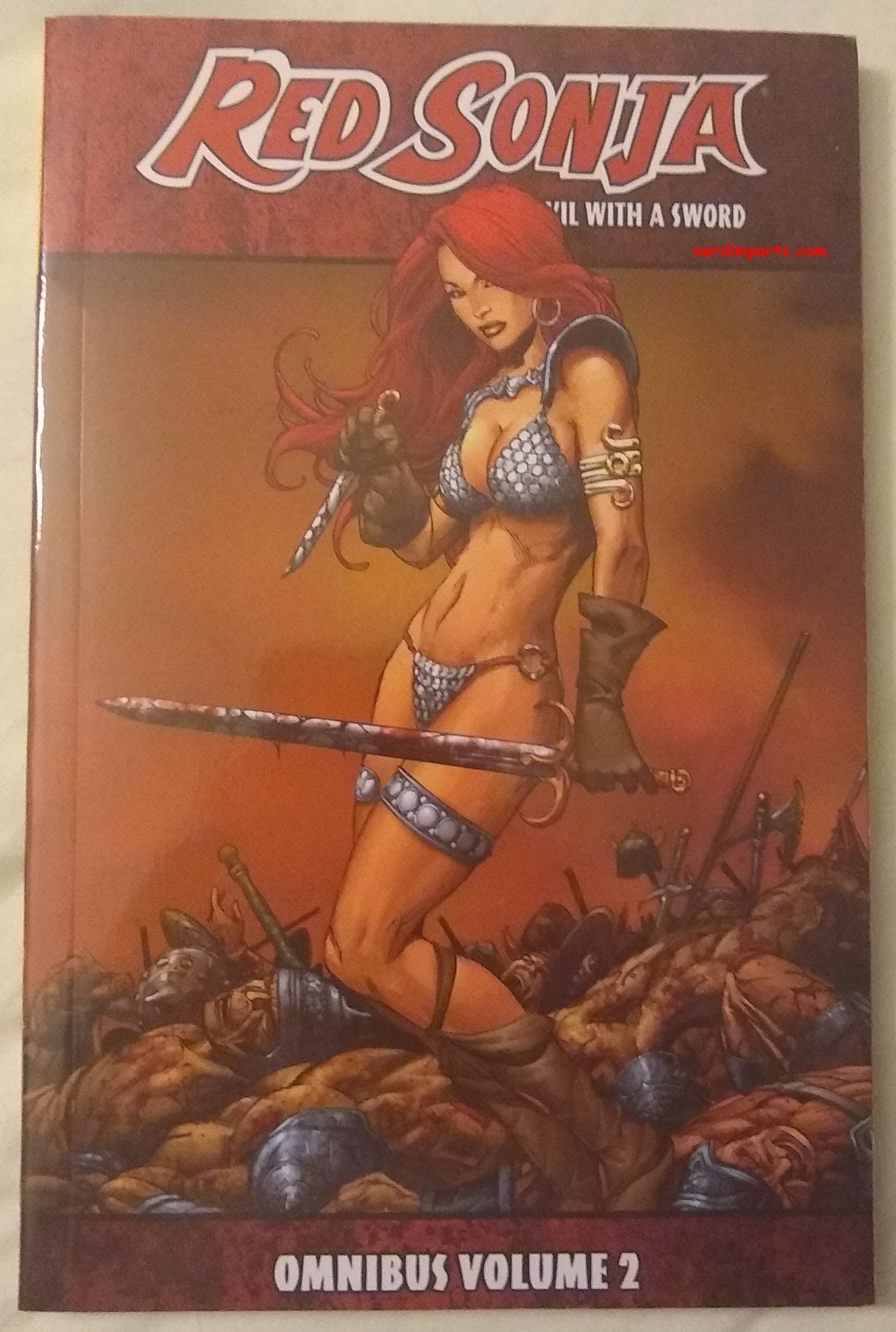 I had been spoiled partially when hearing how the story with Kulan Goth was going to be wrapped up in the second Omnibus.  It was also suggested that after this story line was wrapped up, the rest of the books would be Red Sonja battling Dracula.  Not true.  This definitely had me concerned though because in the first two Omnibus books we’ve got Sonja rubbing elbows with Gods and then some how for 3 more books she’ll be unable to deal with a vampire?  That’s gonna suck donkey balls.  Well, no worries.  Although the Kulan Goth story is over by the end of Omnibus volume 2, Volume 3 has no vampires. 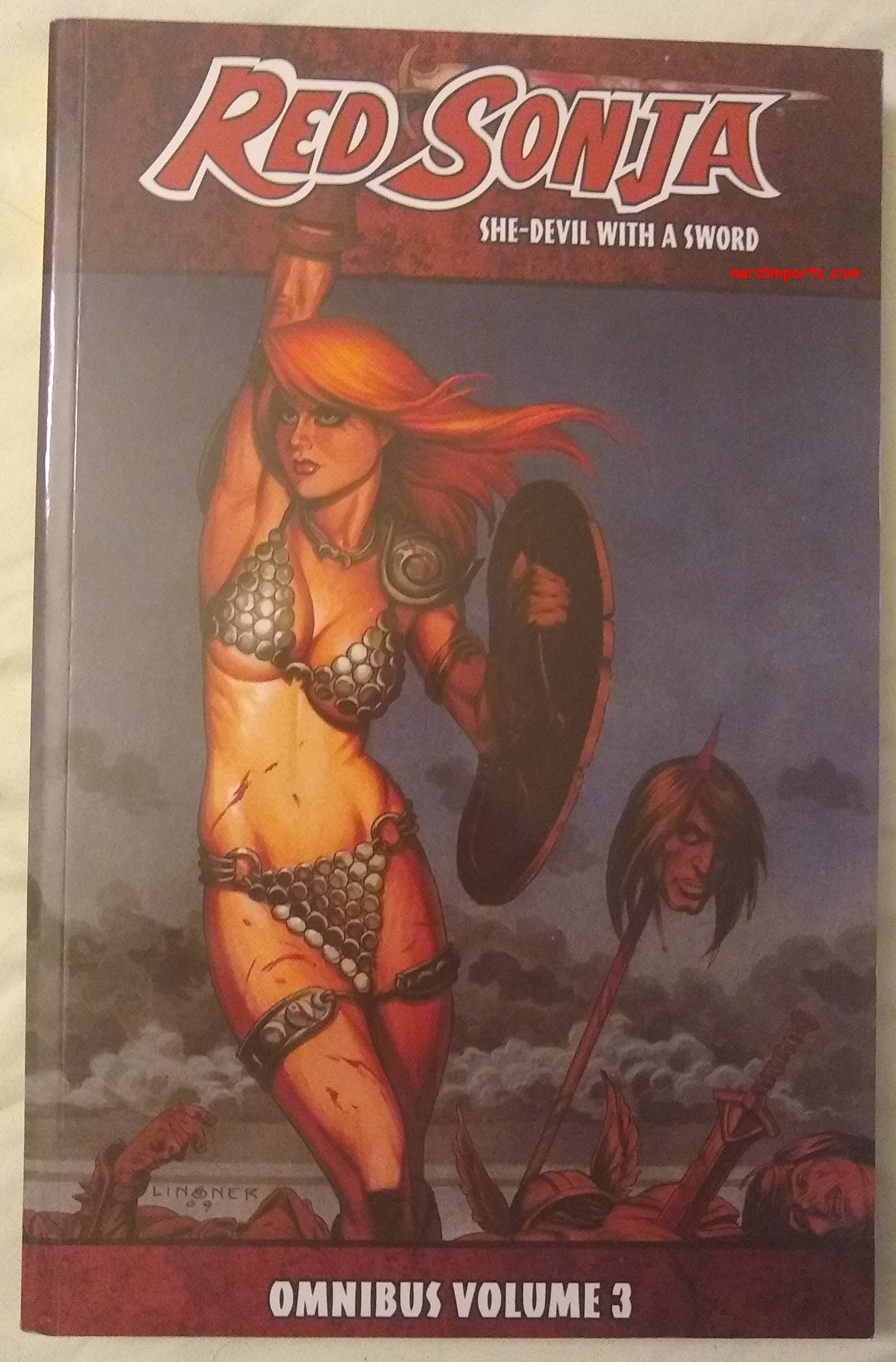 After the way Volume 2’s story wrapped up, I was a bit disappointed and I was afraid I might not like Omnibus volume 3 just because of what was happening with Red Sonja.  However, I was pleasantly surprised and enjoyed the heck out of the story.  Even if it was predictable.  In Vol. 3, Sonja is on a quest for the “Blood Dynasty.”  The Blood Dynasty is said to be a mysterious object whose mystery is only exceeded by it’s power.  Ok, no, they didn’t really rip off the plot of “Dude, Where’s My Car.”  But it is an unknown object, possibly a crystal with blood inside, that makes the possessor very powerful.  It was pretty obvious to me what the blood dynasty was going to end up being.  Even so, I am still totally enjoying the story and I have to say Volume 3 has been my favorite to date.

Another cool thing about these Omnibus comic books is they have a cover gallery in the back which shows covers drawn by various artists.  Some are definitely better than others. 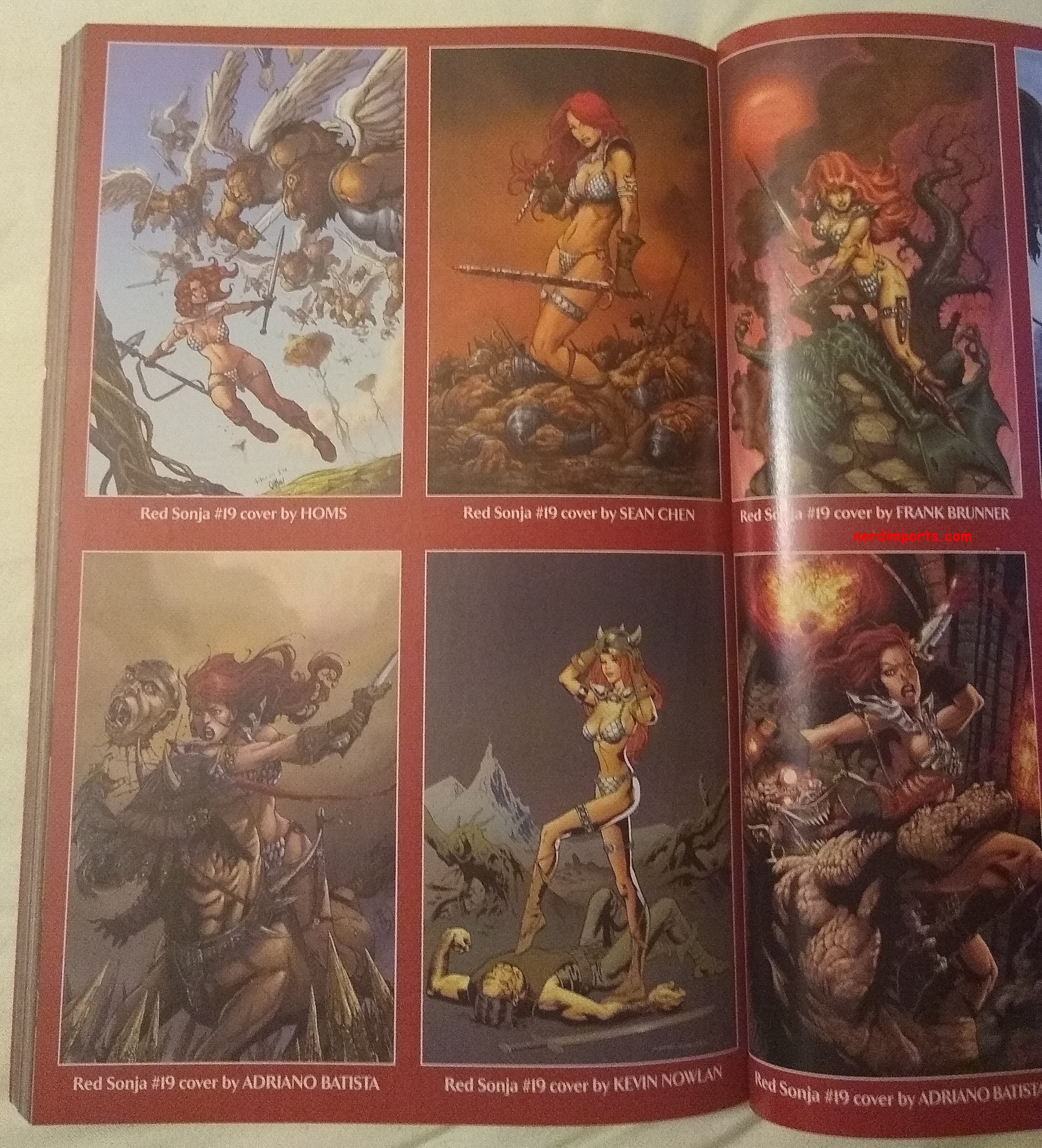 Looking for your own copies?  Here’s some links to them on Amazon where they were priced between $15-25 depending on the volume:

There are also copies of the Omnibus on eBay but as of right now (April 3, 2019) they were all $14 or higher.  Check here: [red sonja omnibus] as there could be some cheaper copies available.