Ever since Harley Quinn first appeared on Batman: The Animated Series, I have been a fan.  I enjoyed every episode with her in it as a kid though to be fair, Batman:TAS was an awesome cartoon.  It was a bit of a surprise over the last few years to learn how popular the character has become.  Especially considering a number of her fans weren’t even born when she first appeared.  That’s not a criticism of the fans though.  I mean there are very few Batman fans around who were a fan of Batman back in 1939.

So recently, I had the pleasure of reading two Harley Quinn comics… 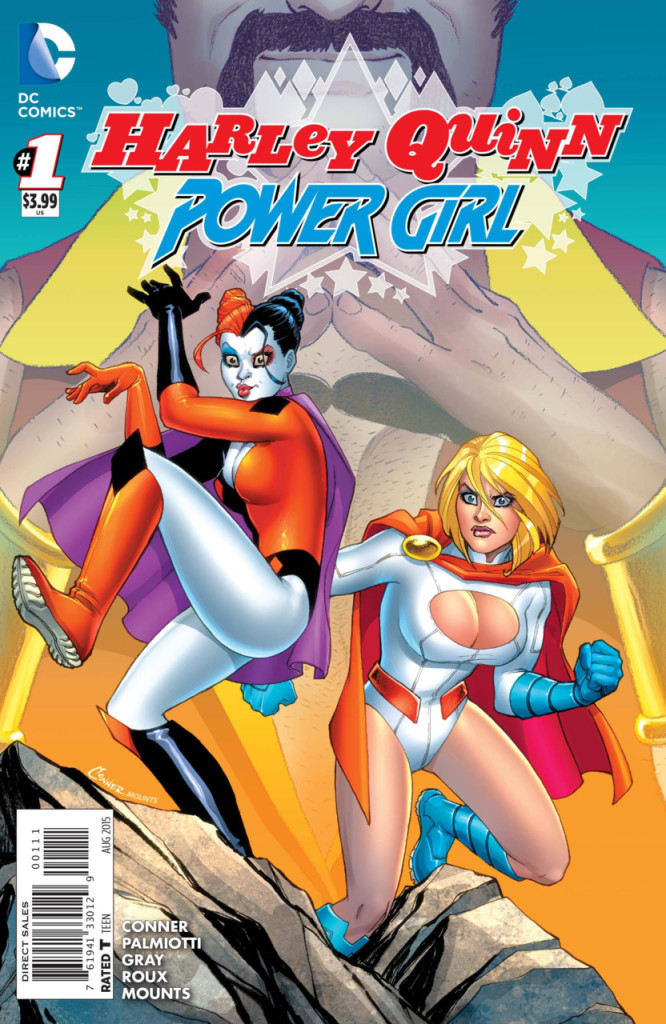 The first one I read was Harley Quinn & Power Girl #1.  It kinda sucked.  I didn’t find the humor all that funny.  I didn’t really care for the artwork. The story didn’t hook me.  Harley Quinn and Power Girl end up stranded in another dimension and some shenanigans happen while they try to get home.

The other book I read was Harley Quinn #1.  My copy is actually reprint of the first issue after the New 52 reboot.  The story was a lot more entertaining and actually has me interested in reading more.   In this story Harley Quinn moves to Coney Island to become a landlord of a property she inherited.  Of course there’s back taxes owed and other expenses so Harley goes back to being a therapist and also joins a roller derby team.  I love it!  Now I can see why this character is so popular.

Now I know what some of you fans of the HQ/PG miniseries are thinking: both books were written by Amanda Conner and Jimmy Palmiotti.  I’m aware.  I went into HQ/PG wanting to like it but it just didn’t do anything for me.