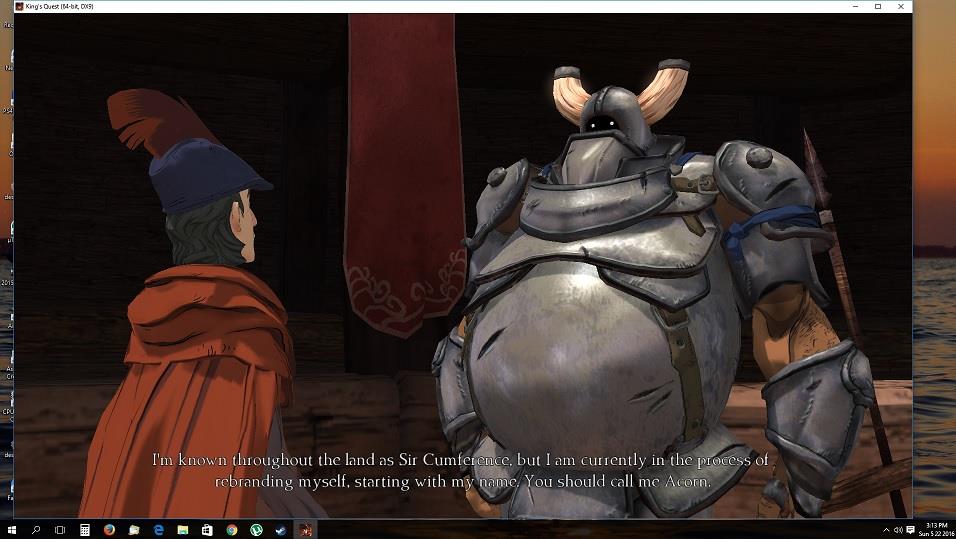 So one night back in 2010, my best friend, Dusty and I were working out in his garage.  Our workouts were always SRS business.  One day I made a list of some random items and dropped it in a bucket Dusty had in his garage.  Another time there was an old door leaning against the wall and we had fun with “adoorable” puns for a long time after that.  We really upped our game one night when we came up with about 80 punderful knights.  I went home and wrote down the list and published it on my old website.  That was back in 2010.

So today, Dusty sends me this screenshot and look what it is, Sir Cumference!  He also says shortly after that Sir Tain is mentioned.  I wonder if the game will be released in China at some point and if so, will Sir Tain be renamed as Sir Tain Lee? It is uncertain.  If Sir Tain was no longer Sir Tain then we could use the prefix “un-” which means “not.”  Though I suppose Sir Tain won’t be Un-Sir-Tain until it is certain that he is no longer Sir Tain.  Are you confused right now because I Sir Tain Lee feel confused myself.

In the end, we probably couldn’t claim copyright over the puns which is probably well and good since apparently some Pliny the Elder guy once stated that the only thing certain in the world is uncertainty.  But that guy lived a long time ago so how does he know that Sir Tain is going to be Sir Tain Lee in the Chinese version of the game?  Was Pliny the Elder some sort of Nostradamus-type?  I do know that the Romans borrowed their gods from the Greeks and others.  Maybe Nostradamus was the Greek prophet and Pliny is the Roman counterpart and he foresaw the King’s Quest game.  I guess you learn something new every day.  Though to be fair, Pliny is usually quoted as:

Sir Tain Tee sounds more like a t-shirt to me and what kind of article would this be if I wasn’t shamelessly promoting my merchandise? Sadly, I have no King’s Quest swag just yet but I do have plenty of Tees and you are Sir Tain to love at least one of them!