Yes, I just played off a Star Trek quote as a title of my Star Wars article. I live life on the edge. You shouldn’t read this article if you haven’t seen the movie as I’m discussing some of the criticisms, questions and theories that I’ve seen popping up all over the internet.  Though if you haven’t seen the movie yet, shame on you!  The movie came out 2 weeks ago and it was awesome! 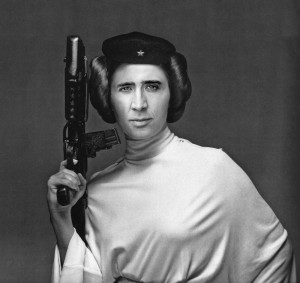 So first off we have Rey. This character has a variety of debate around her. In the movie we see her walking around as a bad ass. Now traditionally in movies and TV shows, the woman is the love interest of the main male character. If said woman is a bad ass, she gradually winds down in badassness as the hero “levels up” in skill and she is finally eclipsed by our male hero. In The Force Awakens, Rey holds her own throughout the movie. Even when the men come to rescue her, she’s already escaping. I read an article where some dude says young girls don’t need a rolemodel like Rey because they have imaginations. WTF? Everyone has an imagination so with that logic, no one has a use for role-models. I hate to call someone dumb but I don’t think that was very well thought out. Mike didn’t take the time to research very well either. He calls out Hasbro for failing to name Rey’s figure as “Rey” and says they call her “Jakku Scavenger.” Luckily for Hasbro and the rest of us, that’s not true at all. There are multiple [Rey Figures] and the [Jakku Scavenger]? Totally different figure. He’s the dude that had snared BB-8 in a net–you know, the Jakku Scavenger. I’d have commented on that site pointing out those mistakes but alas, there is no commenting available. Moving on. 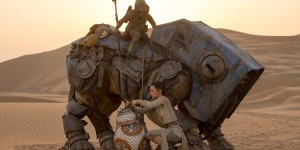 At various points in the movie, we see Chewbacca’s bowcaster blaster rifle is a killer. So when Kylo Ren gets shot by it, he’s lucky as heck to be alive. That’s either due to him being one of the stars of the new Trilogy or it’s because he’s a powerful force user who manages to linger on and not only that but get up and continue pursuing Rey. 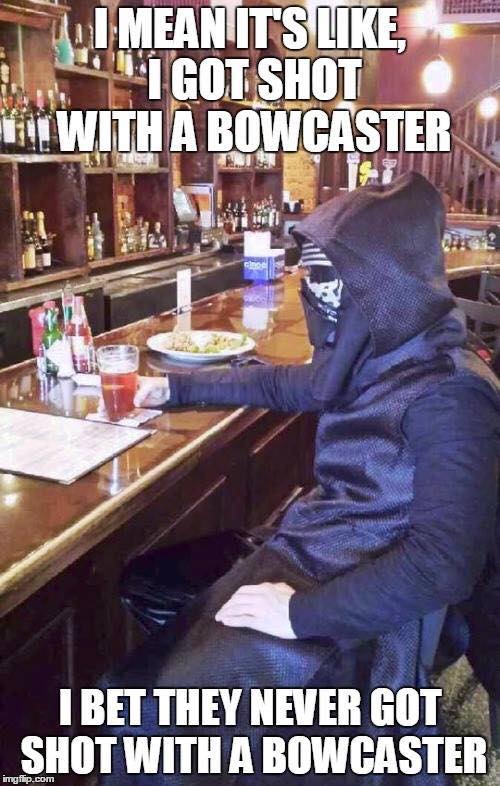 I’ve heard him being called a wuss because of his lightsaber battles with Finn and Rey. I’ll admit, I didn’t think Finn would fare well in a lightsaber fight as he has no training in them that I am aware of. Earlier in the movie we did see Finn fighting a storm trooper who had his own melee weapon. So it is possible that all storm troopers have some sort of melee combat experience. Also, Kylo Ren keeps hitting himself either trying to get some adrenaline to keep from passing out or perhaps nanite probes we were not made aware of aren’t healing him fast enough and he’s hitting himself like one of us might do to an uncooperative toaster or VCR. 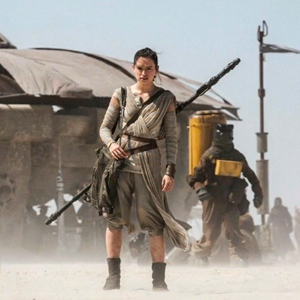 There was some skepticism about Rey vs Kylo. In fact I’ve heard more skepticism about Rey vs Kylo Ren than Finn vs Kylo. Somehow these skeptics overlook the fact that Rey has been walking around in most of this movie with a staff on her back. Perhaps they left the theater to pee when she was fending off two attackers on Jakku. Other nerds, more observant than myself have come to Rey’s defense and point out that Rey even handles the lightsaber in a similar fashion to how one might while using a staff.

Who is Rey? I’ve heard people say they think she’s Han and Leia’s daughter. Others assume she’s Luke’s daughter. If I had to guess between one or the other, I’d say Luke for sure. I find it hard to believe that Han and Leia would have forgotten they had a daughter and if they did know and just left her in the desert with some friend of the family who must have died early on, meh.  I think maybe some of the old school fans are thinking that the original tales from this time featured Han and Leia having two kids: Jacen and Jaina.  They assume that Ben is Jacen and therefore Jaina is Rey.  But Disney scrapped those stories so that they wouldn’t be fettered by lore other people have already profited from.

So why did Leia hug Rey when she returns? Because HAN SOLO ISN’T DEAD! That’s right, I’m making that claim. We can’t see the body but we assume that Finn is the one being carried off on the stretcher and someone said “there’s a heartbeat.” Later, we see Finn unconscious so that must have been who they were talking about right? Maybe. Maybe they were talking about Han. Chewbacca swore a Wookiee life debt to Han Solo years before. So when Han was stabbed, we saw Chewy go on a rampage and start shooting every trooper in sight and Kylo Ren too. He no doubt went to check on Han to either retrieve the body or to say goodbye up close. Chewy then finds Han isn’t quite dead and has him aboard the ship when he picks up Rey and Finn. So Leia hugs Rey not because she’s her mother, but because Rey brought her estranged husband home. I do admit, she should have been hugging Chewbacca but I think that was more hollywood writing than the character snubbing Chewy. 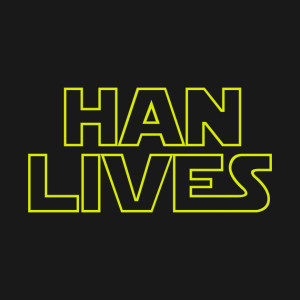 So why am I joining the Star Wars crazy theory club by claiming Han Solo is alive? Well before I even saw the movie, I saw a news headline stating all the major players from The Force Awakens are returning for Episode 8. That includes Han Solo. So that means one of four things:
1. Han Solo will appear in flashback scenes. If I am wrong and he is dead, this seems the most likely way he’d be in the movie.
2. Han Solo will become a force ghost — a feat achieved only by a very, very, very small portion of sith and jedi. Althought Han Solo might have had some force sensitivity, I’d be really skeptical of this happening.
3. There will be time travel in the movie. Riots will likely happen worldwide as a billion fans freak out in anger over something so dumb happening in a Star Wars movie.
4. Han Solo isn’t dead and I’m right. 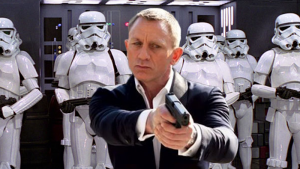 On another note, were you were that James Bond showed up in Star Wars? Ok, not James Bond but Daniel Craig, the current actor who plays him. Craig is credited as playing Stormtrooper JB-007(actually IMDB lists him with that designation but the credits don’t actually show Daniel Craig at all). I didn’t know that until yesterday. So who was JB-007? It was the Stormtrooper who Rey uses the mind trick on. “I’ll tighten those restraints, scavenger scum.”

Ok and now it is time for some shameless merchandise promoting!  If you weren’t aware, I sell lots of awesome nerd swag on eBay and Amazon.  These are the links for my current offerings on eBay: [Star Wars]

and for Amazon: Star Wars on Amazon. Check them out. There’s some cool Force Awakens merchandise as well as lots of the classic stuff.