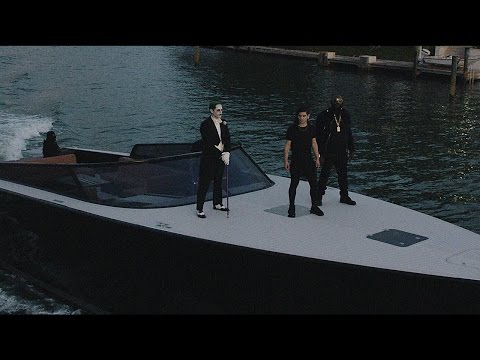 I saw Suicide Squad the movie yesterday and really enjoyed it!  I started hearing that critics who don’t enjoy comic book movies did not like Suicide Squad.  Duh!  Another complaint was the name “Suicide Squad.”  Somehow these people got jobs as movie critics but had never heard of a “suicide mission” from any thousands of previously made action movies where such a term would have been used.  I guess nepotism must be alive and well in the movie critic world.

If you don’t know why the group (officially named Task Force X) goes by the nickname “Suicide Squad,” it is pretty simple.  They are convicted criminals and if they can survive extremely difficult missions, then they receive reduced prison sentences and possibly freedom.  But these missions aren’t rescuing cats from trees, they are missions that are extremely risky.  So risky that it is akin to attempting to commit suicide.

I found out that Jared Leto appears in a Skrillex and Rick Ross video called Purple Lamborghini and he’s there in the role of the Joker.  Check it out here:

I feel like it is too soon to discuss Suicide Squad in depth.  I don’t want to spoil things for anyone.  I do feel like this was the best DC comic book movie they’ve made so far.  I also liked how some of the Justice League was woven into the movie.

I’ve got some Suicide Squad merchandise in my store as well as more Harley Quinn and Joker stuff so be sure to check it all out while it remains in stock.