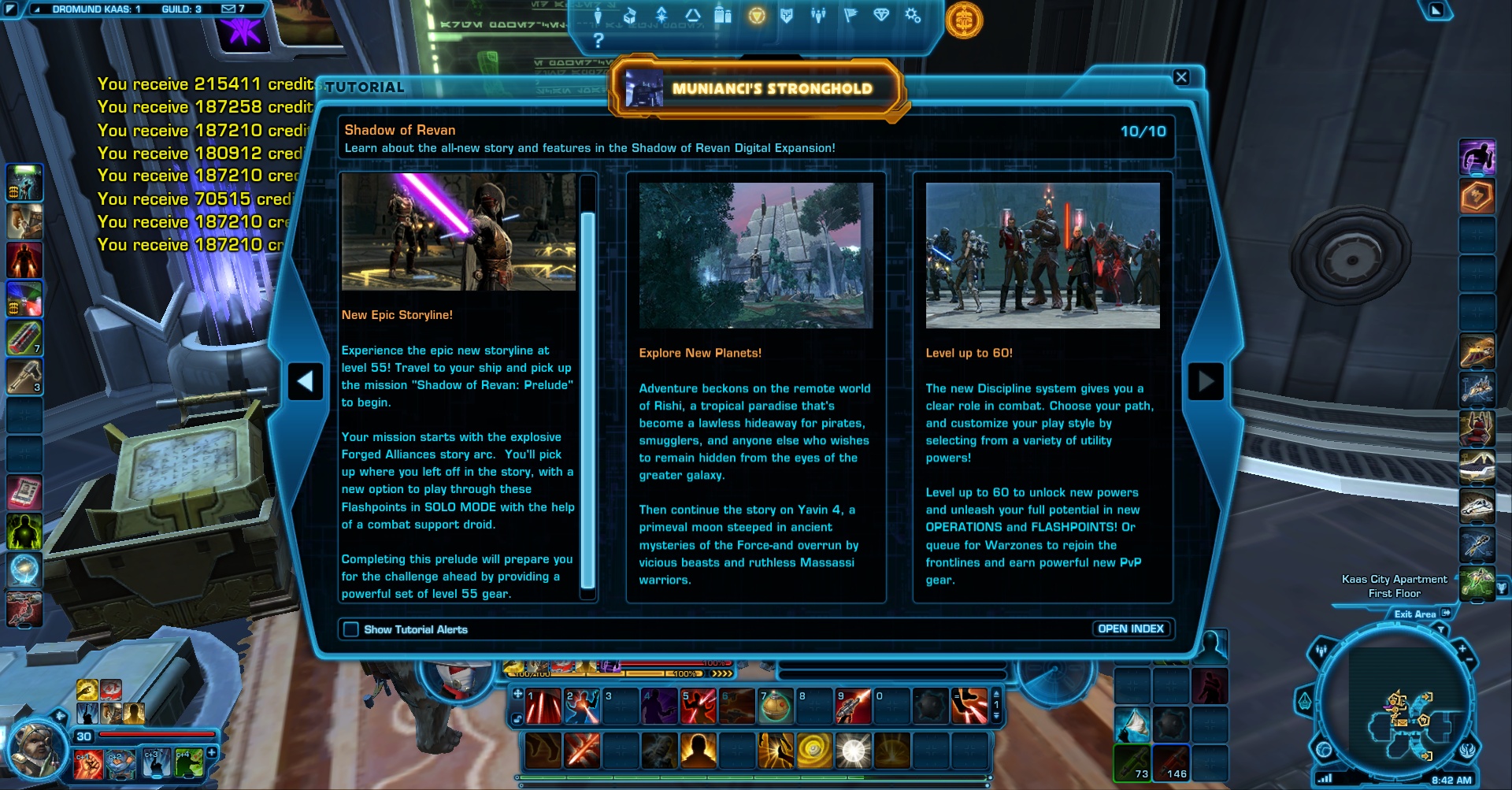 The new Shadow of Revan expansion went live yesterday for those subscribers who preordered it. This expansion is the one that offers 5 new levels so the max level is now 60. The question a lot of people were wondering was, will there be a chapter 4 class quest? Not exactly. As I understand it there is a short quest chain that is actually unique to your class but it is not very long. 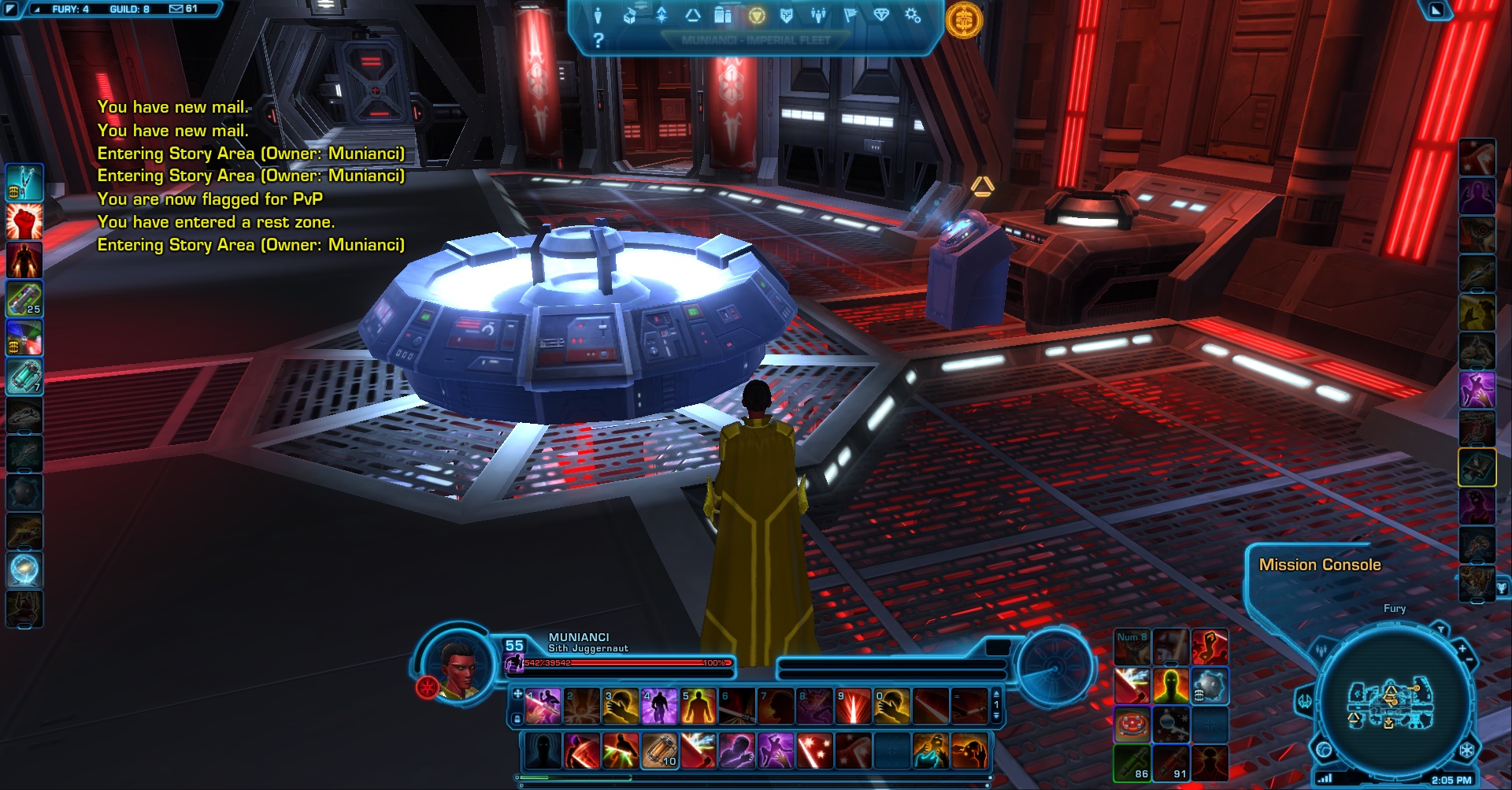 The story of this expansion continues off of the Forged Alliances story Bioware added to the game over the last few months with the tactical flashpoints Assault on Tython, Korriban Incursion, Legacy of Rakata Prime and Depths of Manaan. 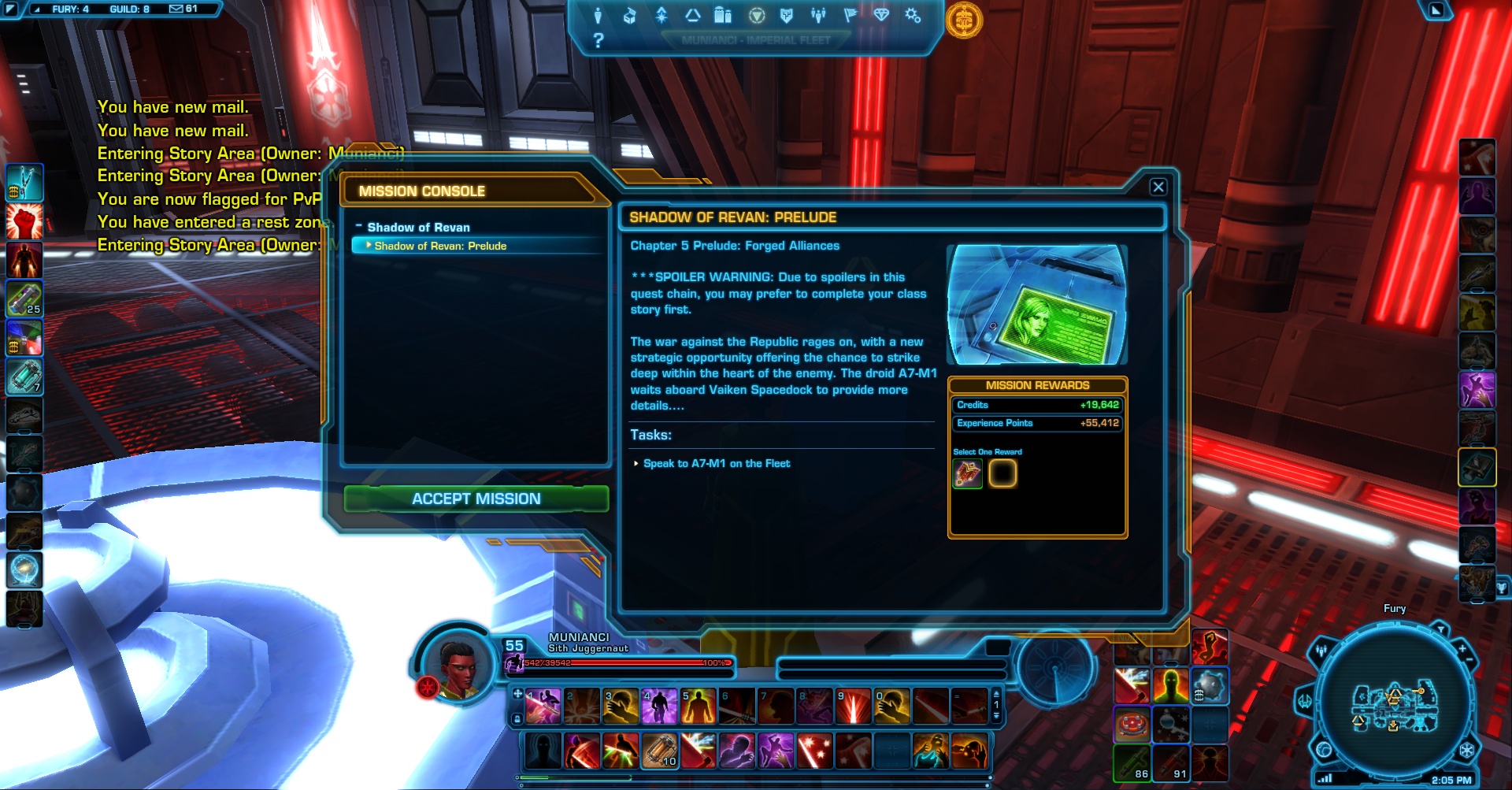 The big change to game play is the introduction of the discipline system. I have not figured it all out yet. But the traditional 3 skill trees where you could mix and match talents are gone. For my juggernaut, I chose the immortal tree (she is always a tank) and I pretty much have all of the skills pre-trained (I think) I did have 6 “utility points” to train into extra things. Tip: Hit your class trainer even at 55. My juggernaut had to repurchase interrupt and there were 3 other skills to train as well. Also worth mentioning the interrupt used to have an 8 second cooldown and now it is 12 seconds. 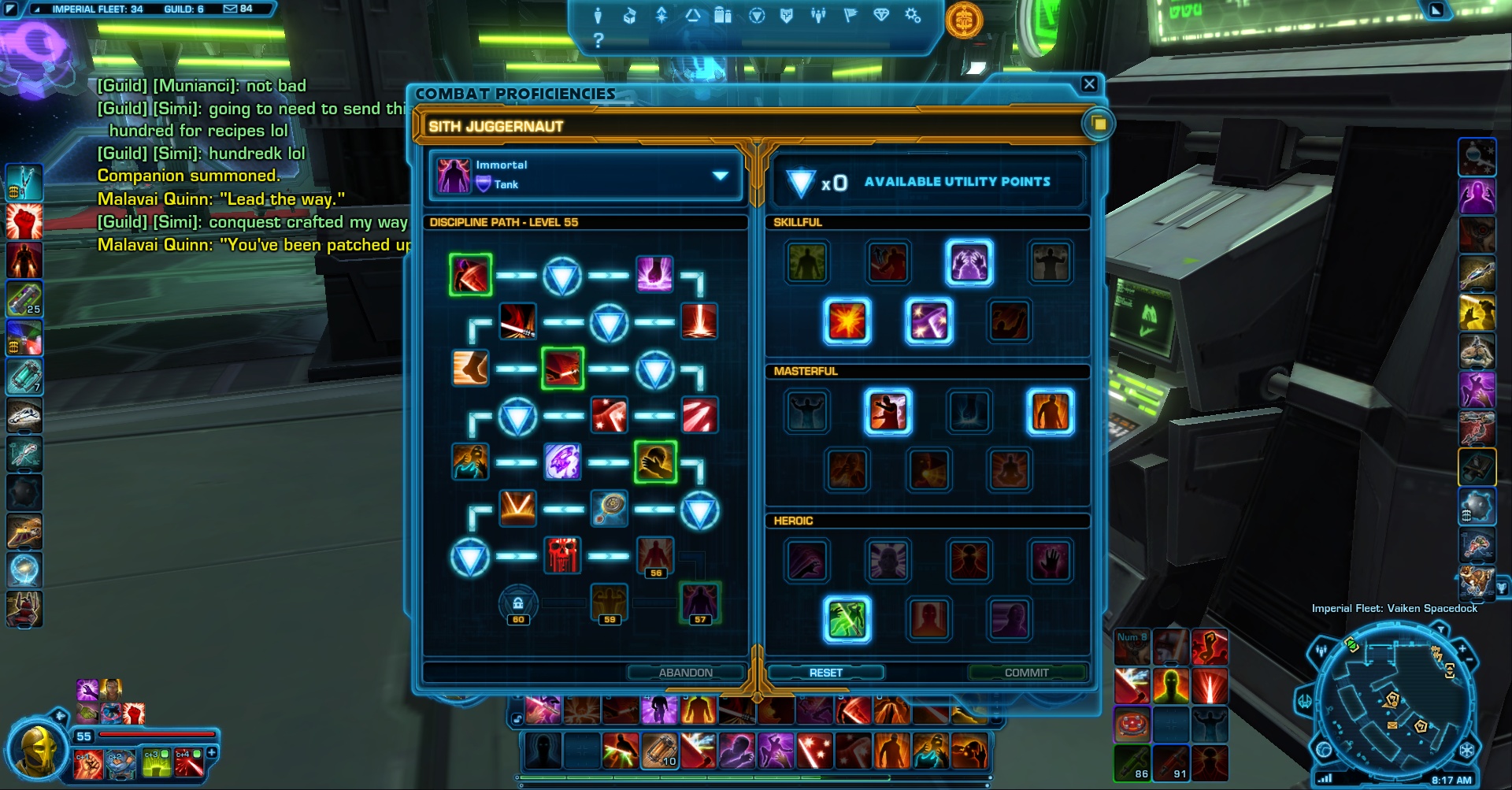 So far I don’t really care for the changes to the builds. But I’m always resistant to mechanics changes so I’m trying to keep an open mind. So far, while still at level 55, the jugg is pretty much the same as she was before. It will just take time to master my choices and optimize her skills. 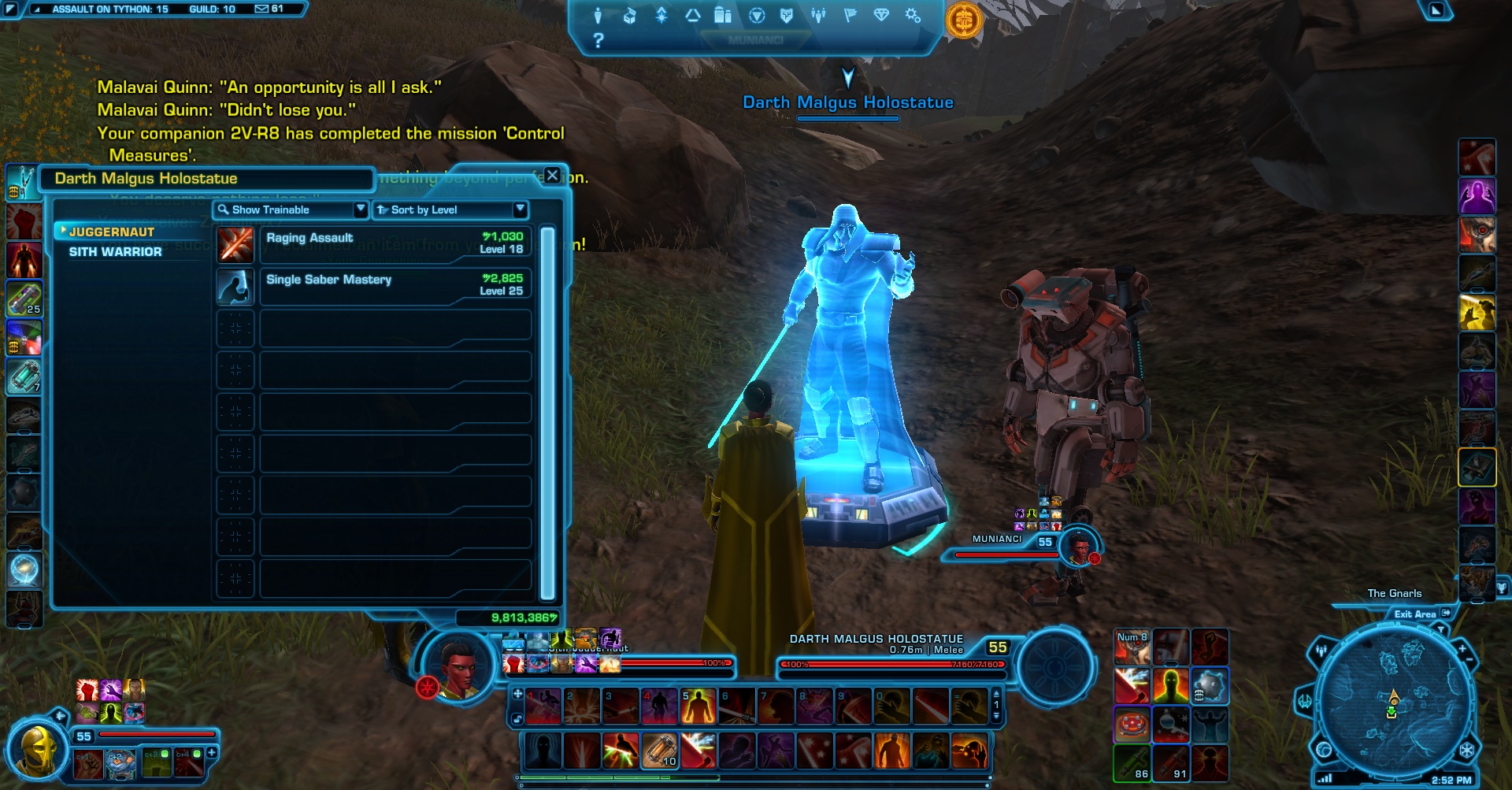 Since the new story continues off of the flashpoints I mentioned earlier, Bioware gives us a new feature: solo flashpoints. Now I know what you’re thinking, playing by yourself in a MMORPG? They give you a super droid and so far going through this first flashpoint has been cake. But I gotta say it is boring playing by myself. It is nice to have the solo option though because I would hate to be “stuck” sitting around waiting to get through the story line waiting to find 3 more people. Doing just that one flashpoint did get me 60% of the way to 56. One of my friends, ProjectAlice is already at level 58. So I think we’ll see some level 60 players tonight!