Mother Hubbard Photography recently published some pictures of children cosplaying as characters from The Walking Dead. There’s 10 Photos in all. I don’t usually post pictures of kids but these guys are so cute that I just had to do it. 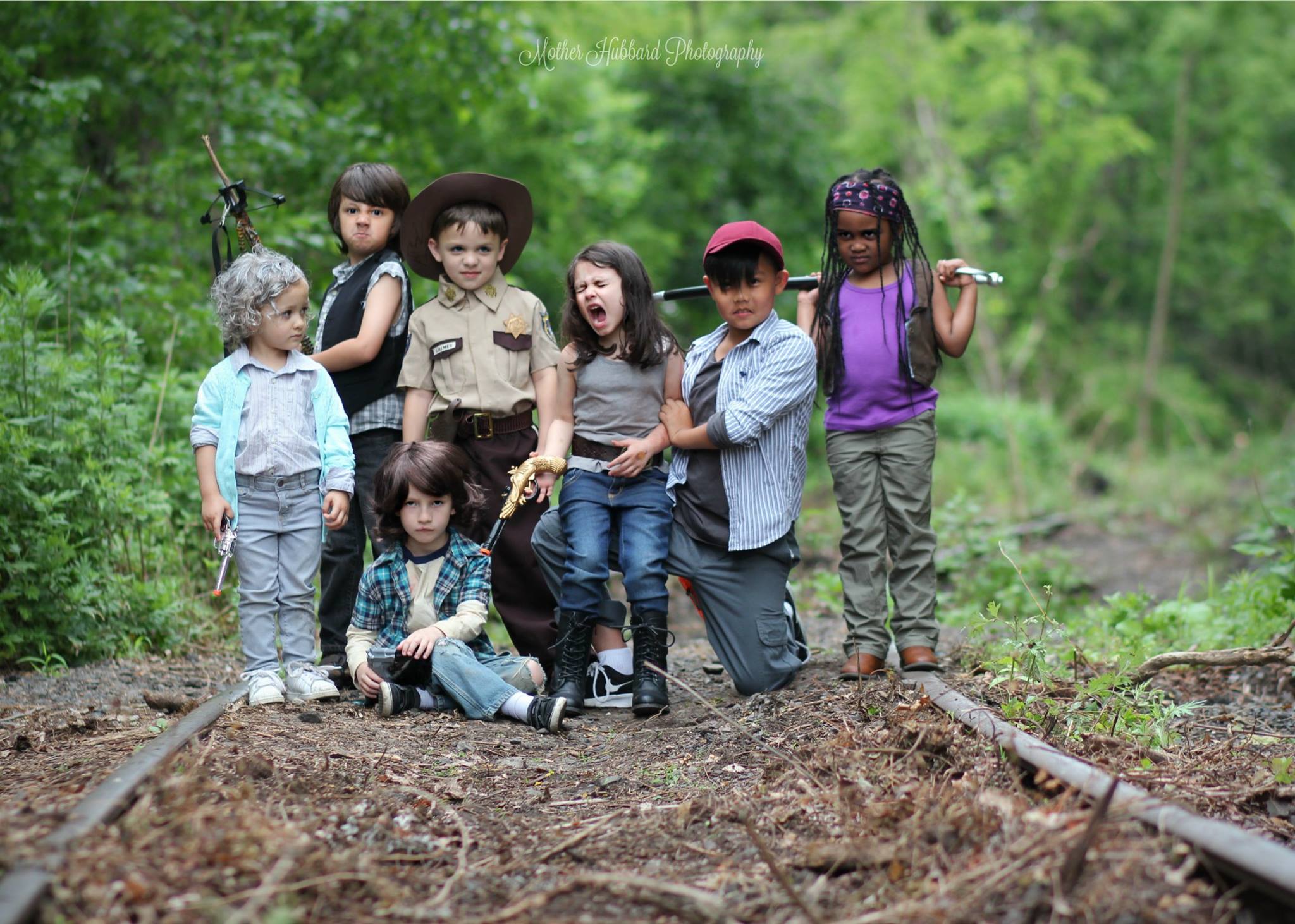 Here’s the gang on the way to Terminus. 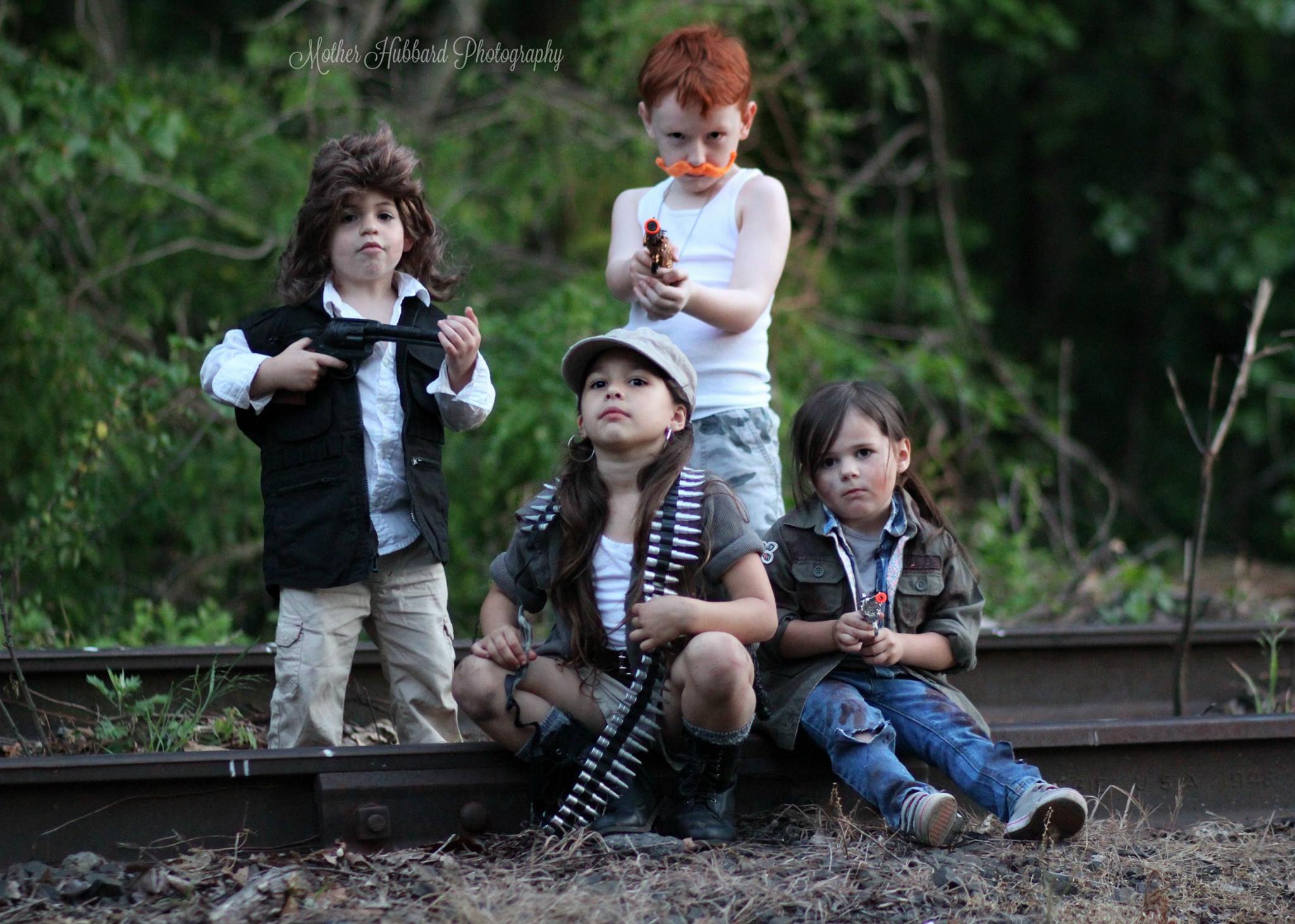 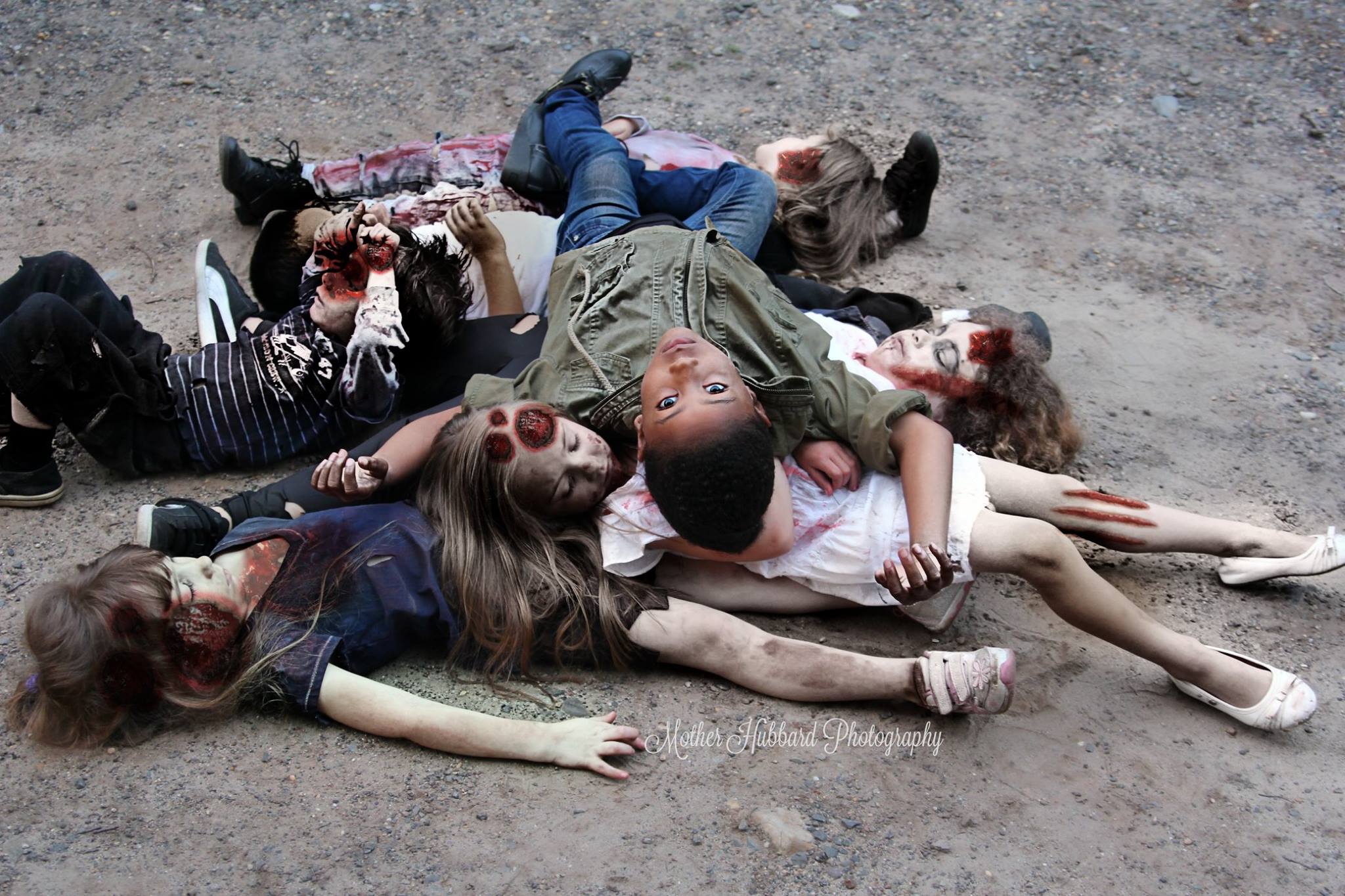 Sasha is laying on top of some bodies.  If the zombie wounds look photoshopped that’s because they are. 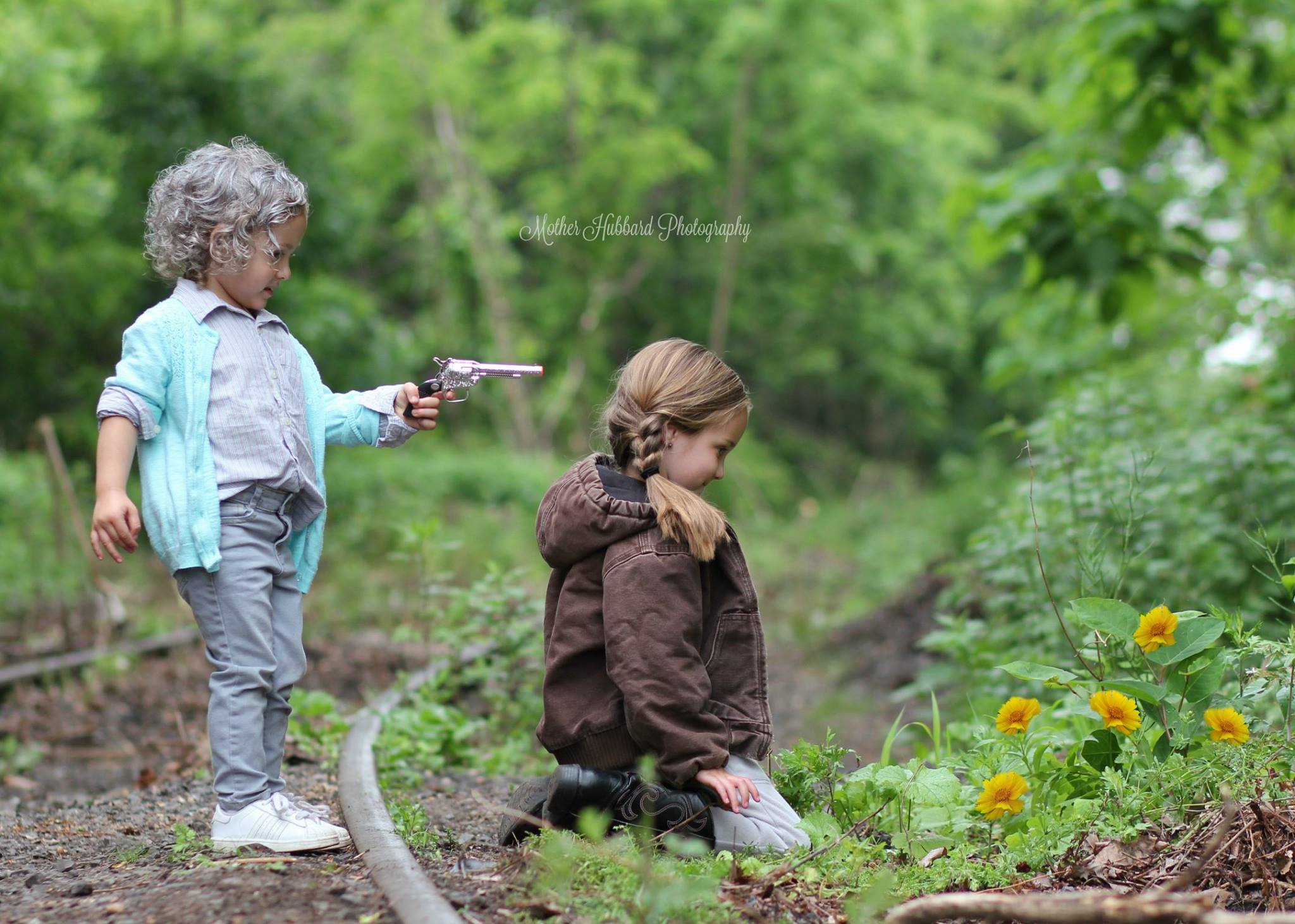 “Look at the pretty flowers.”  Time will tell if these pictures cause controversy.  According to Mother Hubbard, some of the pictures were reported including a picture of Negan.  On the plus side these children are aware of gun safety even with toy guns and I feel confident none of them will grow up to shoot anyone. Unless they end up working in a field that involves carrying a firearm but I digress.  There are more pictures on Mother Hubbard Photography’s Facebook photo album, I highly recommend you check them out.  If the button pushers end up forcing that Facebook album down please let me know and I’ll update my link.

As I said above, I don’t usually post pictures of kids because I don’t like exploiting children.  I think the kids and parents probably had a lot of fun with this photo shoot.  Normally at the end of my post I’d be trying to hawk some merchandise but then I’d be exploiting kids, so instead I encourage you to go hug a loved one and have a great day!

P.S. Thanks Amanda for sharing the album with me, you’re awesome!