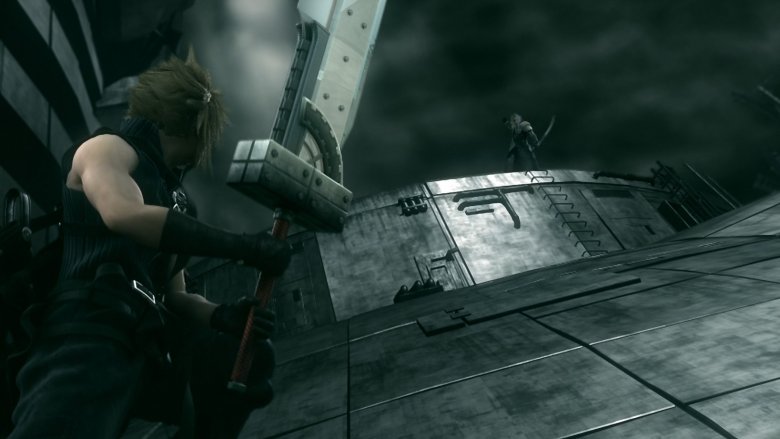 I haven’t played the Final Fantasy VII Remake and don’t believe I am mentioning anything from the new story. This is about Cloud from Final Fantasy VII, the 1997 Playstation Game. I loved the game but found Cloud’s story a bit confusing at times. There were times when we’re lead to believe Cloud was a clone of Sephiroth. Sephiroth was able to use mind control on Cloud and the other clones including right before Sephiroth kills Aerith. But then he’s not actually a clone…so then why did the mind control work on Cloud? Square even made Final Fantasy Advent Childen, a movie that answered some questions and left me with new ones.

Today, my BFF sent me a link to an article on SVG and after reading it, it actually explains everything about Cloud that I can remember wondering about and it actually makes sense.

Turned out Cloud heard voices because although not a clone, he had been injected with Jenova cells. So that is how he was able to be influenced. Reminds me a bit of the connection between Harry Potter and Voldemort.

Hopefully that article provides some clarity for anyone else that might have been unclear after all of these years.

Also, I had always liked Yuffie’s character and as I played the game, I could hear “Material Girl” in my head as Yuffie’s story unfolded. I thought it would be cool to have a video with cutscenes of Yuffie while the music was playing but I wasn’t that skilled. It turns out someone made a Yuffie tribute video with that song and it’s on “the Youtubes!”

Something AMAZING!
© 2022 Nerdimports: Nerd Stuff From a Nerd.
We may earn an affiliate commission
if you buy stuff after clicking
links on our site to Amazon or eBay
Posting....
%d bloggers like this: