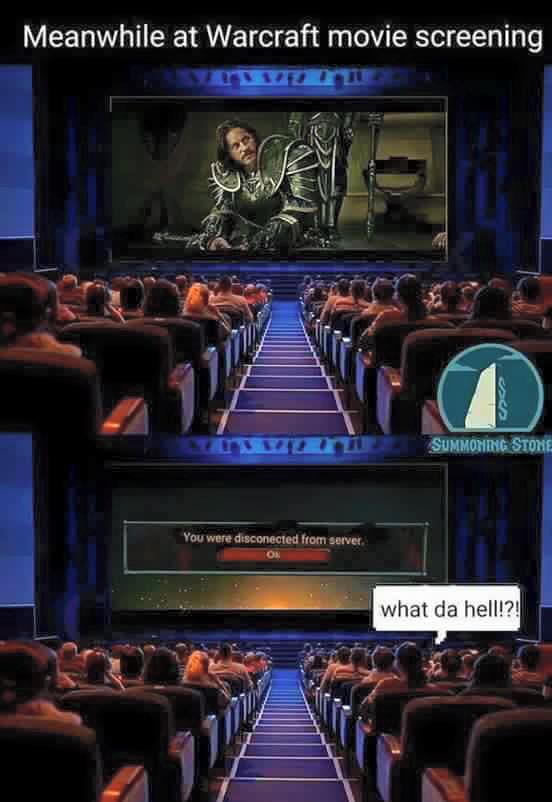 Looks like the servers need a reboot.  Hopefully this isn’t after a patch.  If there was a patch then don’t be surprised if everyone’s popcorn or Junior Mints suddenly vanish and there’s no audio during the previews(those will be added in a fix later in the week).

Warcraft comes out June 10!  I am really psyched to see this movie which probably isn’t good at least not for me.  When I have high expectations for a movie, I am usually left wanting.  I’m not sure that I expect this movie to be the greatest ever or the beginning of a rival to Star Wars and the Marvel Cinematic Universe, but I just really can’t wait to see it.  I got my start to the Warcraft world back in 1996 playing Warcraft II on my friend’s PC.

Be sure to check out some of our Warcraft awesomeness available to own!