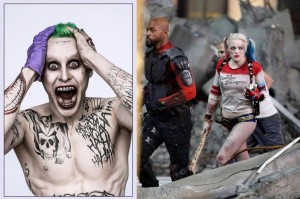 Chloe Cole over at Dorkly has taken the time to gather photos and video clips of the filming for the new Suicide Squad movie that is set to come out August 5, 2016. The movie will be about super villains including [The Joker]

, who were convicted for various crimes and have now been drafted into a black ops team for the government called the “Suicide Squad.” Their reward? Release from prison once they’ve completed enough missions. [Batman]

also makes an appearance in the movie. As I understand the story from the comics, Batman put most of the Suicide Squad’s roster in jail. When he learns of this teams existence, he is far from pleased. I expect we’ll see a similar story in the movie and I wouldn’t expect more than a few minutes of screen time for Bruce Wayne or Batman.

So ready to see more? Check out the details here.