By now, I am thinking most people who wanted to see Brightburn have probably seen it. So probably spoilers ahead. I was surprised that I enjoyed the movie as much as I did.

Part of me wanted to object to certain things with “you’re parenting wrong” or “you should have tried this.” But I think the idea of this movie is Superman if things hadn’t gone perfectly. I’d wager, this is probably how the Superman story would have turned out had it happened in the real world.

One of the things that initially bothered me was the aunt who was also Brandon’s guidance counselor. She mentions how although it is a conflict of interest, she was the only option the school could provide. After explaining that, she asks a couple of questions and after receiving honest answers, says she’s going to have to report the lack of progress. This bothered me because I thought, “What the heck?! You’re not helping him at all, a talking monkey could do your job.” But when I think about my own experiences with guidance counselors in various public schools, I think Brightburn nailed this experience perfectly.

I don’t want to get political but mental health is supposed to be an area where Americans are in need of major improvements. Brightburn really shines a true light on the inadequacies of the help that is out there for kids in school.

Overall I enjoyed the movie. I can’t think of many complaints. The ending might not have been satisfying for some but it worked for me. I don’t know how they are eventually going to stop that kid. Going further in the story beyond the clips that played during the credits wouldn’t have given me any more closure than was already provided. I’m also happy that his mom failed to kill him too. If she would have just stabbed him, killed him and cried, I would have been disappointed at such an expected ending.

One more thing, I found this piece of Brightburn art by Nikita Abakumov

which I thought was pretty cool. 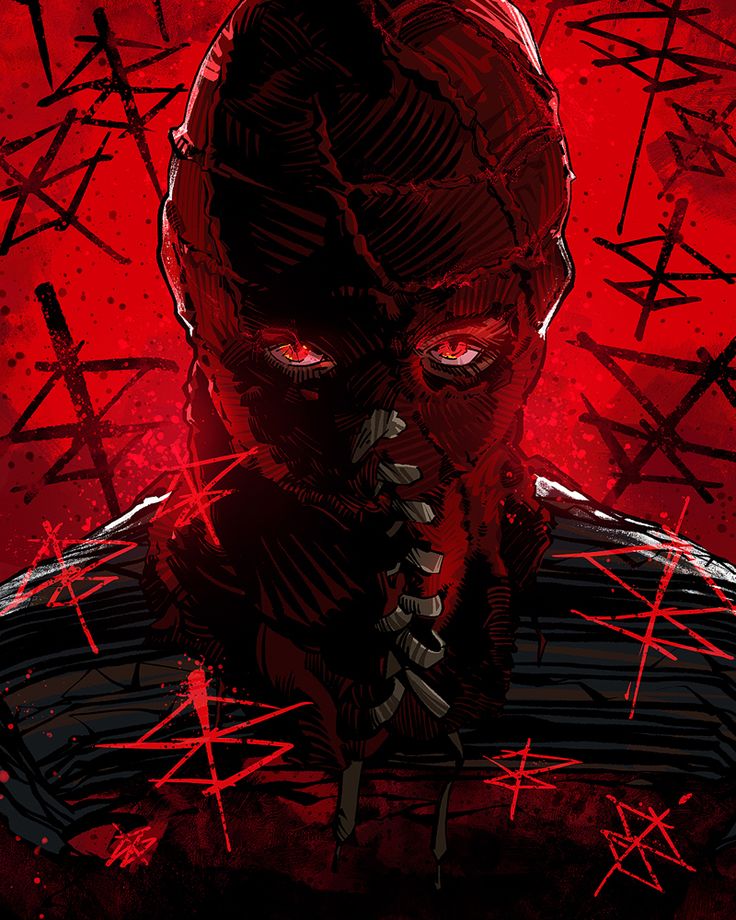