Well, I’m still playing the game and having a lot of fun. Here’s a quick breakdown of where I’m at: 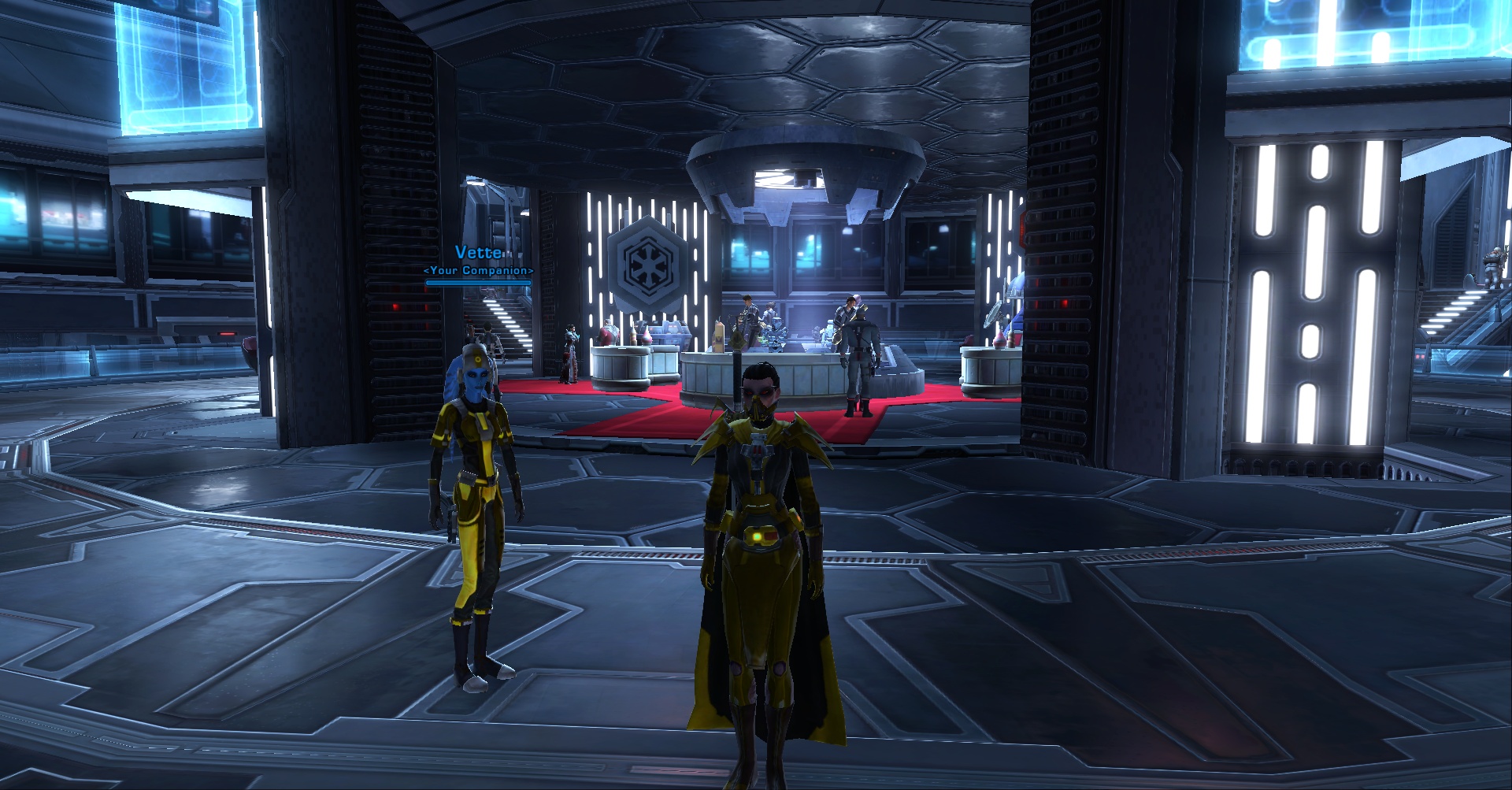 The warrior has been the most fun obviously. It’s been a long time since I played a tank and it feels good to press that taunt key again. If I haven’t already complained about it, all of the characters get many, many skills to choose from in combat and that means many keys to press or buttons to click. The plus side is that there are many possibilities for every fight and you can even kick butt with different styles depending on your mood. For instance, when I’m in an easy PVE fight I might just throw a force choke on a droid (yes they can apparently suffocate!) as opposed to a vicious back hand.  In the picture above you’ll notice I dyed the armor of my companion and her companion with a bright yellow.  Doesn’t seem appropriate for an evil Darth of the sith right?  There’s so many people with dark tones but I like the bright colors, when I do manage to find enemies for pvp I like them to see their doom coming and tremble a little.

I do plan to play the Jedi side soon as well. I have been disappointed with the lack of world PVP in SWTOR though the warzones should prove interesting. I’ll get into those in a future post. I can’t tell if there’s a very small number of Jedi players on Jung Ma or if it’s just the planetary maps keep up from crossing paths. I wouldn’t normally want to play both faction sides on the same server. Who wants to kill their friends or help the enemies of their other characters grow stronger? However, with the legacy system in Star Wars, many things can be shared with all characters including those on the opposite side.  That means if I start playing Jedi characters on another server I’ll be working twice as hard in some cases as I have to.  As I’m not currently heavily invested in my guild, I don’t see too much conflict in it just yet.