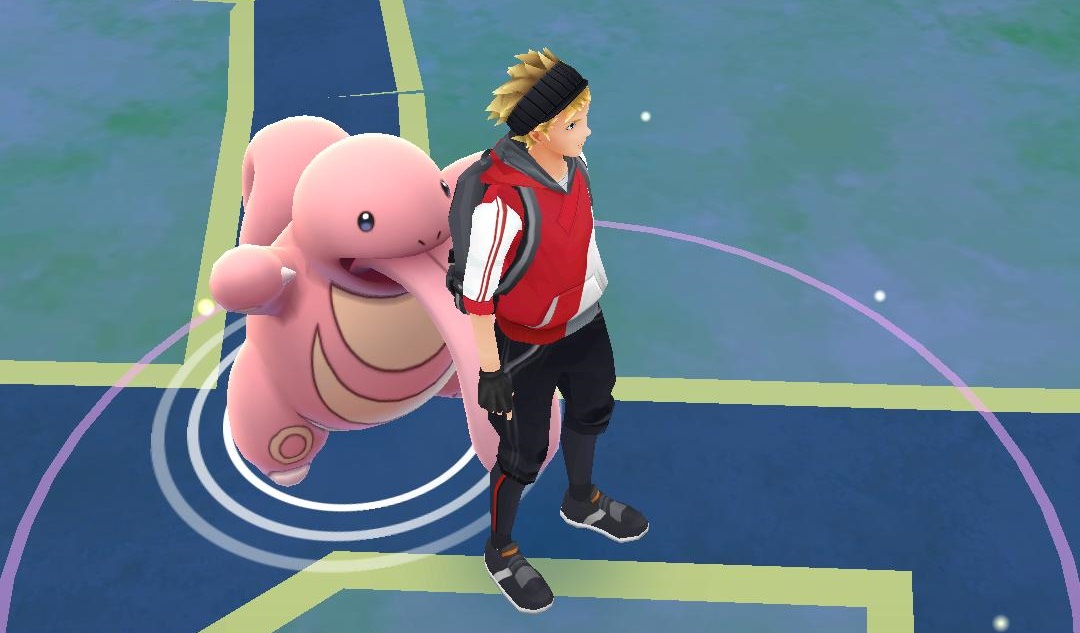 On one level, Pokemon Go is a terribly simple game.  Throw balls at pokemon and then level up.  Find more balls and tools at Pokestops.  Hatch eggs for more Pokemon and Experience.  Go to a gym, battle pokemon by tapping over and over again.  That’s about it.

But then there’s ways to do that right.  With some strategy to cut down your time and maximizing your efforts.

You get 100 experience(xp) for capturing any Pokemon you encounter.  The most common Pokemon I currently come across are: Pidgey, Rattata, Weedle and Venonat.  Other very common Pokemon seem to be Zubat, Eevee and Caterpie.  Depending where you are and changes made to Pokemon Go in the future, you may find different Pokemon are the most common. 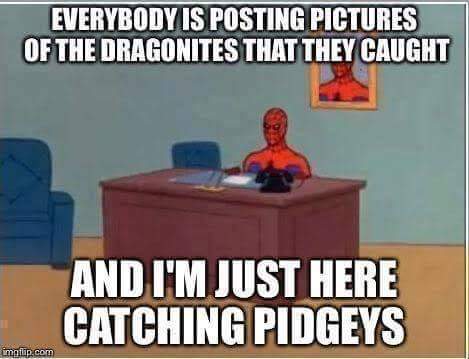 Each of the Pokemon mentioned have an evolution available, however, not all Pokemon are created equal.  Of the common Pokemon I have mentioned, Pidgey, Weedle and Caterpie only require 12 candy to be evolved.  Evolving Pokemon gives you 1000 experience for the first evolution and 500 experience for each additional evolutions.  This means if you have a choice between catching a Pidgey or a Venonat, you should try to catch Pidgey first.  Venonat requires 50 candy to evolve, which means you need 17 Venonat for one evolution while Pidgey requires collecting just 4.  This strategy becomes especially important in higher levels as Pokemon with higher CP can become harder to catch and use up more resources to capture. 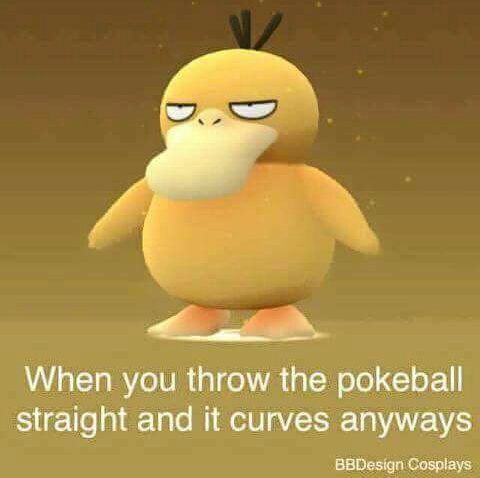 Personally, I try to catch every Pokemon I see spawning but they do despawn over time.  So if I stumble onto a Pidgey, Rattata and Venonat spawning at once, I always go for Pidgey first.  Of course any new Pokemon I spot I will always go for first.  That 500 experience you get for adding them to your roster is great plus discovering new Pokemon is the best part of the game! 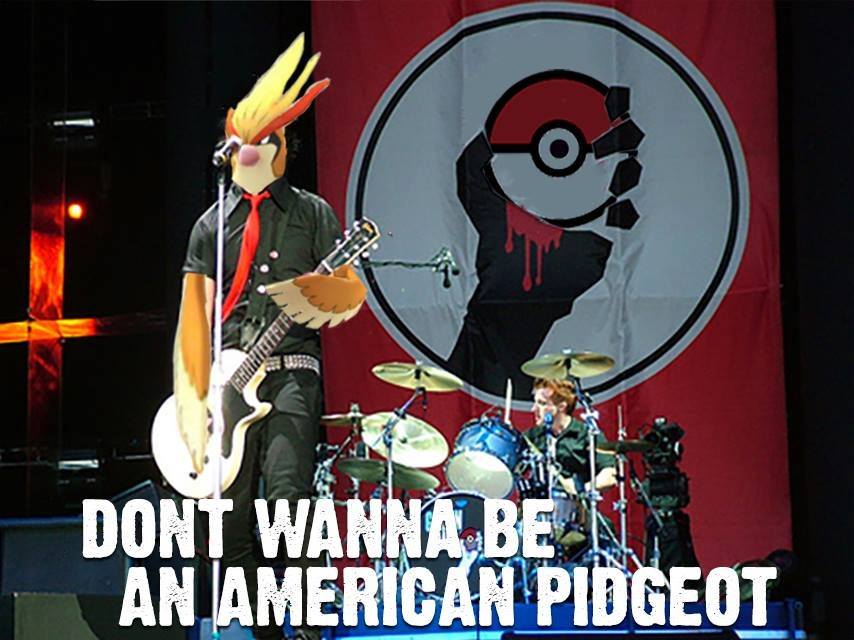 2. Stick to Just the First Evolution

Also, for Pokemon with more than one evolution above the first (ie Pidgey > Pidgeotto>Pidgeot) don’t bother upgrading to the third level unless that is going to be your fighting Pokemon.  Pidgey takes 12 candy to become a Pidgeotto and then Pidgeotto requires 50 candy to become a Pidgeot.  So once again, you would have to capture 4 times the Pidgey to make a Pidgeot and you lose out on 1500 experience(3000xp with an egg on).

On a good day of hunting, I can catch 50-100 Pokemon.  When I’m home relaxing, I’ll trade most of my new finds in to the professor for candy.  I make notes of which Pokemon I have are ready for evolution.  Either that night or at the beginning of the next day’s hunt, I’ll use a lucky egg.  Now I’ll evolve all of the Pokemon I can possibly evolve while my lucky egg is working so that instead of 500 experience (1000 xp for new evolutions) I am getting 1000 experience(2000 xp for new evolutions). 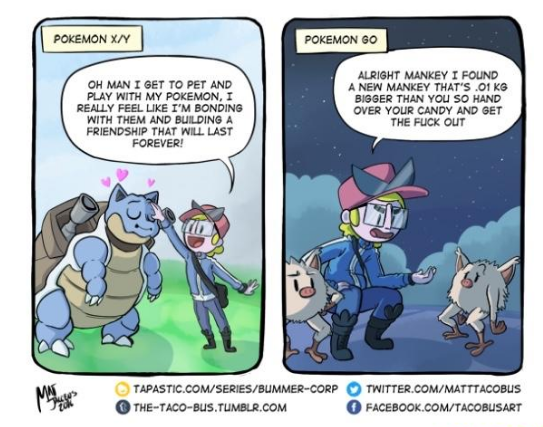 4. Do NOT Power Up Your Pokemon!

It will be very tempting to power up your Pokemon as you level.  However, as you level, the Pokemon’s maximum CP increases.  For instance, you have turned in dozens of Rattata for candy and you finally get one with 100 CP.  So you decide to evolve that one into a Raticate who ends up being 254-273 depending on your luck.  So you decide to up him a couple of times to 300.  Well in a few levels you’ll have 300 CP Rattata and he’ll be turning into a Raticate with around 800 CP.  So that old 300 CP Rattata you wasted is going to be turned into candy for future evolution XP and you wasted your stardust leveling him.  Stardust is not plentiful and for higher level Pokemon the costs greatly increase.  For example, increasing a 10 CP ratta up one level is only 100 stardust.  The 800 CP Rattata would require 3000 stardust for a power up.  Since catching Pokemon only yields 100 stardust, you can imagine how hard that number can be to build.  Sadly, I ignored my own advice and wasted a few thousand stardust at earlier levels.

At my current level of 23, when I attack a rival gym, a win usually takes the rival gym down 1500-3000 prestige. I also get 150 experience(300 xp with the lucky egg).  Once I have turned the gym back to neutral and placed one of my Pokemon inside, I can continue attacking the gym to earn prestige.  I earned about 128 prestige dueling at a friendly gym with just one Pokemon.  The experience was like 10-20.  Peanuts.  If I were with a group of friends, then I’d take the time to level it with them so that we could hopefully hold the gym for some period of time.  However, gyms are currently pretty easy to take down.  You get to pick 6 of your Pokemon to battle against a rival gym.  So I don’t bother building up the gyms I capture when I am alone.  I’d rather let a rival team take it over, so that I can quickly take it back and earn more experience and in a fraction of the time.  Why battle against yourself 8 times to earn the same experience as you would get taking out a rival just once.  Plus, you’ll be using lots of potions dueling your own team’s Pokemon.

I hope you found something useful in my advice.  If I were to share just one more piece of advice it would be to check out our online store where we have officially licensed Pokemon apparel and accessories.  Look good while kicking ass!